Terroni is a mythology performed, an accretion of subjectivity somehow retaining universal meaning. An offering in acknowledgement of the presence of the universal mind: the mind of a hungry man. The restaurant is an essential place for those that feed it, off of it, and for those it feeds; A nucleic pool of some strange and beautiful sort; the centre of many interloping circles. Terroni is among those rare beasts which remind us that a restaurant proper is a theatre of asides, or at least approximately so, more raw and dynamic, certainly more drama, but no less rehearsed. Terroni is beautiful like the sound of babies crying in church during sermon: a hopeful symbolism is created here by the continual collision of two key elements: people and food, people and food, people and food. Very simple food, very beautiful people. Not to mention, very nice espresso.

CLAIM OR EDIT THIS BUSINESS

I have tried their pizza, pasta and panini, and they all have been REALLY GOOD!! They do have a "no modifications, no substitutions policy", which is understandable given how busy and packed they always are. This is mentioned on their website and on their menu, so do not expect otherwise. In my experience, the service was nothing fancy but polite and pleasant. I go here for their great food and I always leave satisfied. Would definitely recommend it, especially their pizzas!

My wife and I live in Toronto, and have dined at Terroni a number of times over the years. Today is the last time we will visit any of their restaurants. While the food is good, fresh, and genuine, Terroni has, on multiple occasions, worked really hard at trying our patience. The first time, as our waitress had poured the obligatory olive oil to dip our bread, my wife politely asked if she could have a drop of balsamic vinegar. The waitress staunchly refused, and when asked the reason, began lecturing us on the purity of the Terroni brand, and how mixing balsamic vinegar with oil didn’t represent the true expression of Italian culinary tradition – not only was she forbidden from serving us vinegar, but how plebeian of us to ask. Stunned by the reaction, my wife decided to bypass the neurotic waitress and ask the kitchen for a little balsamic. As she approached the counter, she was deftly intercepted by said vigilant waitress who, nearly in tears, sternly reminded us that vinegar was “verboten”. First evening ruined. The second time, we visited a Terroni restaurant that had just opened on Adelaide Street. Once seated, we were asked for our drinks order. Our friend ordered a diet Coke, to which the waitress replied that “our owners does not believe in diet colas”. Stunned by such direct, scolding reply, she chose a regular Coke, which thankfully appeared to be an acceptable choice. Second evening ruined. Finally today, for the third and last time, we visited Terroni’s Queen Street restaurant with friends from the United States. I was sensitized by our past experiences, but was willing to give the place one last try, even though it was not my first choice. I did warn my wife to kindly avoid questioning in the slightest any and all food modifications – no matter how slight – fearing reprisal. Unfortunately, as the waitress was taking our orders, one of our blissfully unaware friends fell into the diabolic trap and dared “I’d love your Nizzarda salad, but would it be possible to please hold the anchovies?”…. well, that was simply too much of an affront to the legendary purity of the Terroni tradition: the waitress, on cue, began lecturing us on the impeccable quality of their food and ingredients, and the historic tradition behind them that made it so very unthinkable to substitute or modify any and all dishes – all of Italy and civilization itself had been insulted by a request to hold an anchovy. She concluded the sermon by admonishing that Terroni “was all about being true to their food”. The tone was sanctimonious, arrogant, and unbelievably presumptuous. Toronto is still a little childishly full of itself, as in New York’s poorer cousin trying hard not to be ignored. Some of its restaurants reflect that, with Terroni at the head of the pack. I informed the waitress that perhaps they should think of staying true to their customers form time to time. It so happens that I was born and raised in Italy, but never found a restaurant there or anywhere that took itself quite so seriously, and made a point of lecturing its customers quite so sanctimoniously. You can remain true to your tradition and still be kind to your customers – we did not ask for ketchup on our spaghetti. Dogmas do not belong in the kitchen. If you value Italian food and customer service, and would rather avoid a sermon delivered by a clueless 25-year-old on the fine culinary traditions of their founders, go to Trio Ristorante and Pizzeria: you’ll spend less, get better service, and taste the best authentic pizza this side of the Atlantic. 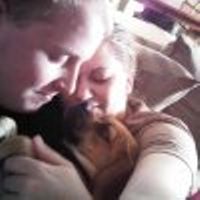 Yuck. I have never had this happen before and am I ever glad! Being lectured for dressing/seasoning a meal that you are paying for?!?! That's crazy... Especially in an economy like this. Treat your customers like gold or soon you wont have any!!! Thanks for the heads up, I will go elsewhere when looking for authentic Italian! 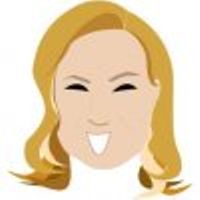 I've been to a restaurant like that.. I asked for salt and the servers eyes almost popped out of her head. She said that they do not have salt available..that it is an insult to the chef to ask for such a thing. 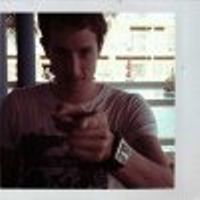 Thanks for the great review. I've been considering making a reservation at this place, but after reading your story I have decided against it. I agree wholeheartedly with your assessment of Toronto's food scene...and I'm a die hard Torontonian. I wish people would pull their heads out of you-know-where and just enjoy art, culture, food, and life in their own way.

Definitely a fun place to go on a date or with friends! Pizza is fabulous!

My fav italian place in the city 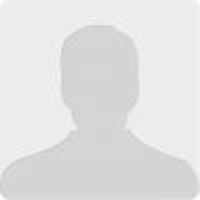 Do they serve traditional Italian foods or are they more of an exotic/gourmet Italian menu?

i am a fussy italian raised on high-quality home cooking. not many things get by me: mushy pasta, acidic sauce, burned pizza crust. i have a lot of trouble eating in italian restaurants because too often, they fall miserably short. but terroni makes no such mistake. they do everything right: pasta cooked to perfection, fresh, delicious ingredients in innovative combinations, and whisper-thin pizza crust every time. try the garganelli with truffle butter, peas and pancetta, the insalata senza stagione (usually on the specials menu) and the buffalina pizza (a simple margherita with creamy mozzarella di buffala). the antipasto plate is ideal for sharing with friends and a litre of red wine. and you might want to pop your head up to enjoy the atmosphere at some point – it's cozy and cool and the servers are all gorgeous (men and women). my absolute favourite restaurant in the city. even for a fussy italian girl. 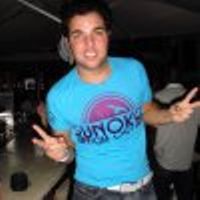 Yummm...that review made me hungry :) 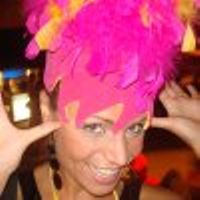 i have eaten in another location once and i loved the food. I can see how one italian would have hard time in restaurants, i mean .. how do you measure up with mom's cooking! (you may wanna consider giving them stars though, without them right now it counts as aweful review since they got 0 stars - if you hit edit button, you can fix that.. cheers)